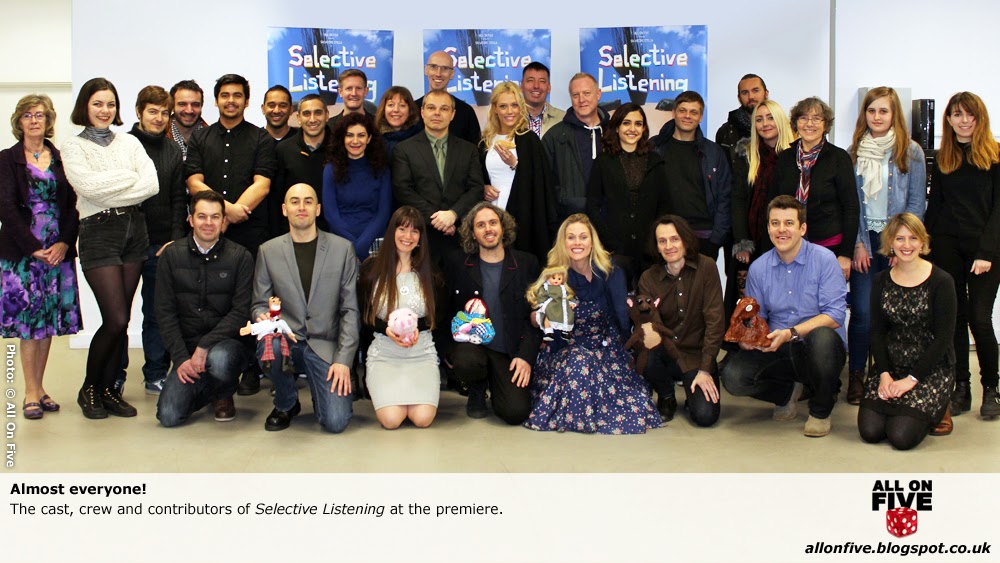 The evening took place at Richmond Upon Thames College's Edmund Kean Theatre. A private screening is something they hadn't hosted before, and was a punt on our behalf when we made the enquiry in the first place.

(Low-budget indie filmmakers note: you have to get creative when organising a screening. The venue has to be of a standard that will show off your work but is also affordable. Many of the official venues in London do not fulfil the latter criterion.)

It's probably not a huge surprise to say that nerves were a part of the occasion. Miriam and I arrived early – Miriam arranged the reception area for guests with the help of actor Philip Gyford whilst I worked with the RUTC staff to get projection and sound to the best standard possible.

It was great to see the cast and crew come together again. In the film world, this only ever seems to happen for shoots and screenings.  It was also touching to see all friends, family and guests who had made the journey, in some cases travelling cross-country, to be there for the night.

Unfortunately some actors and cast members were not able to attend. Thank you to everyone who did come along! 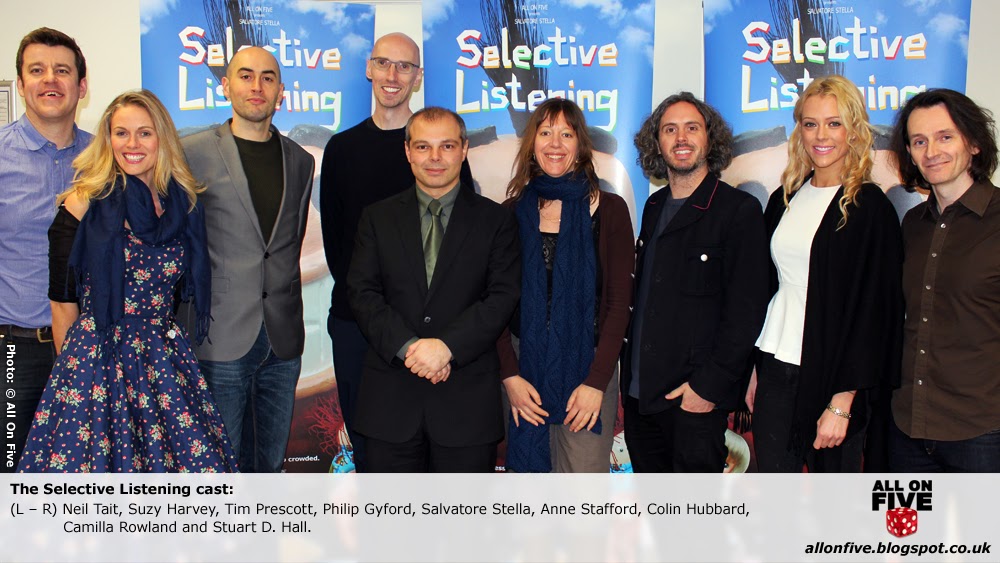 After a brief introduction from Miriam and myself, the film was underway.

As the writer / director, this is what I've been seeking since the film was complete – to know if the laughs or thrills or emotions are shared by an audience who know little or nothing about what they are about to see.

I'm happy to say that we appeared to get it right. There were even occasional laughs and gasps at points we didn't predict. It was a great experience.

And I will point out that the theatre was not simply full of cast, crew and friends willing to please by reacting with ease. In a sense the room felt a little more difficult to crack than a room full of people we don't know – there was a lot of anticipation – probably as we've had little else going on in our lives to discuss since May 2013! This had better be good... 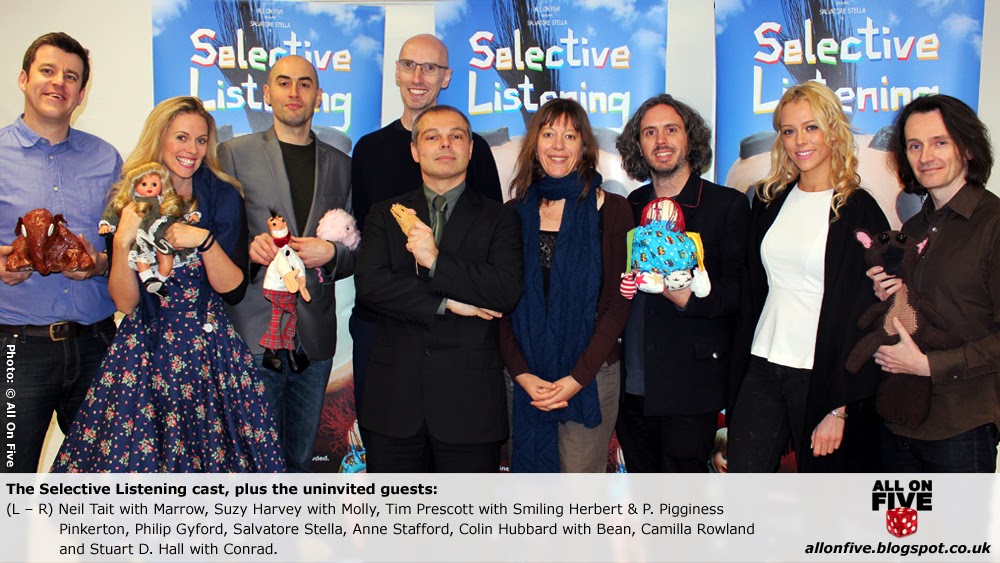 Thankfully, the story, performances and efforts of everyone involved had the desired effect. The cast all received applause and a plethora of compliments and we were very happy with the positive one-on-one feedback we received afterwards – from the story to the cinematography; to the sound and music; to the overall quality of the production. 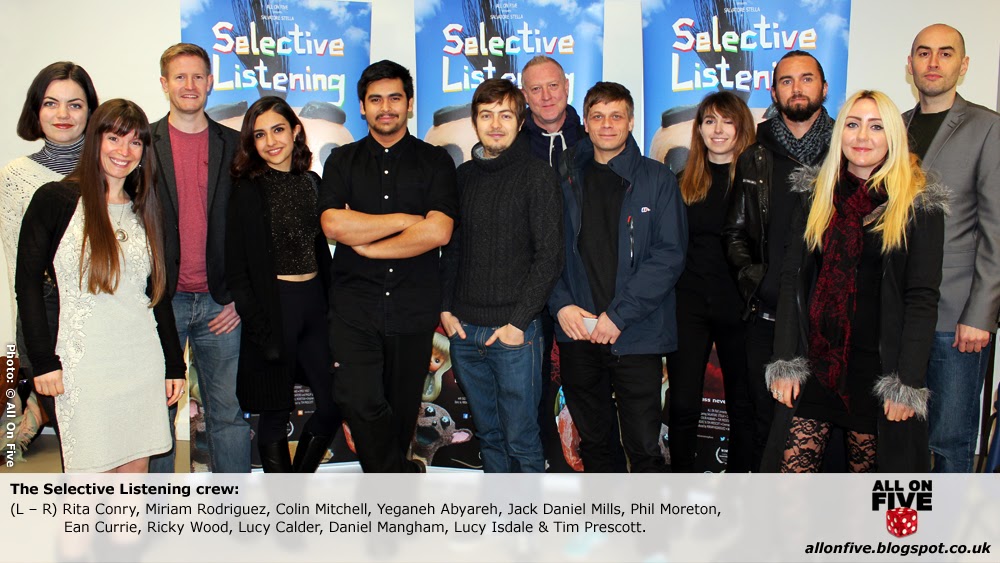 It was great to hear discussions of the themes and reasons to pause for thought raised by the film. As the film is primarily about someone's struggle with mental health issues, when you hear a viewer telling you that your film has made them think twice about the challenges faced by others, it is good to know that your intentions have made those contemplations happen. 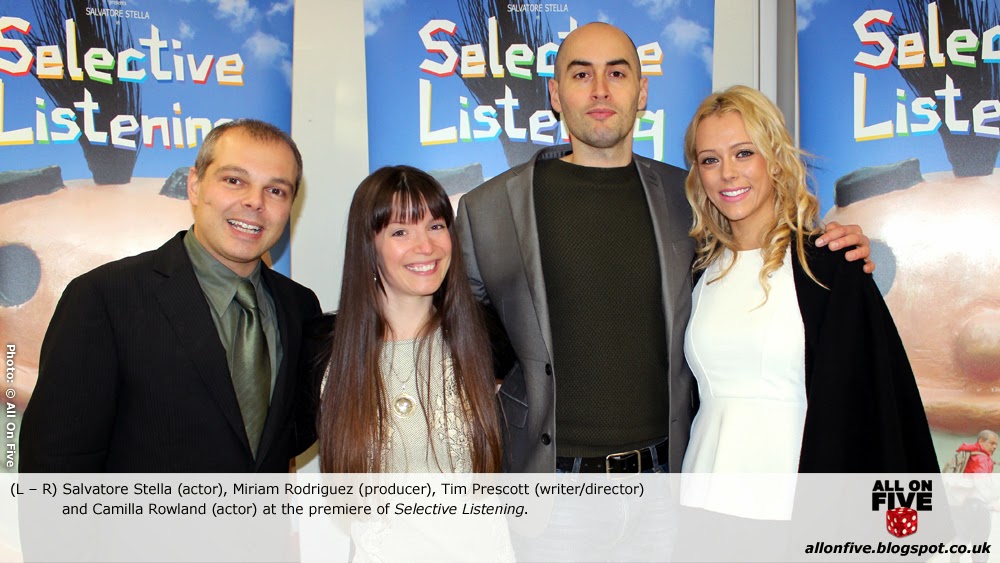 It is also satisfying that we have labelled Selective Listening a comedy-drama and that, although people are aware that we are portraying a serious subject, it has given them reason to laugh several times during the film.

Whilst I wouldn't be so bold myself, it's alright if I mention the other films with which some said Selective Listening would stand comfortably next to on the DVD shelf, isn't it? Among them were:

We will happily accept those comparisons! 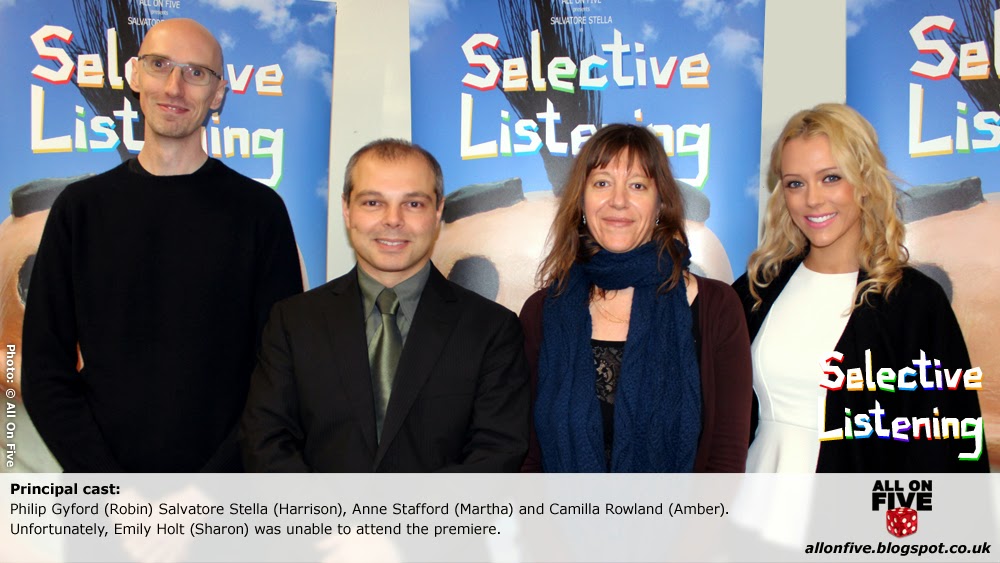 It was also nice to hear many people say that they wanted to see the film again as soon as possible.

On a similar topic, we were asked many times during the evening, "So, what now?" The answer is, now we are seeking a sage and dutiful film distributor to take Selective Listening to be part of their portfolio and help us to get it seen by as many people as possible. 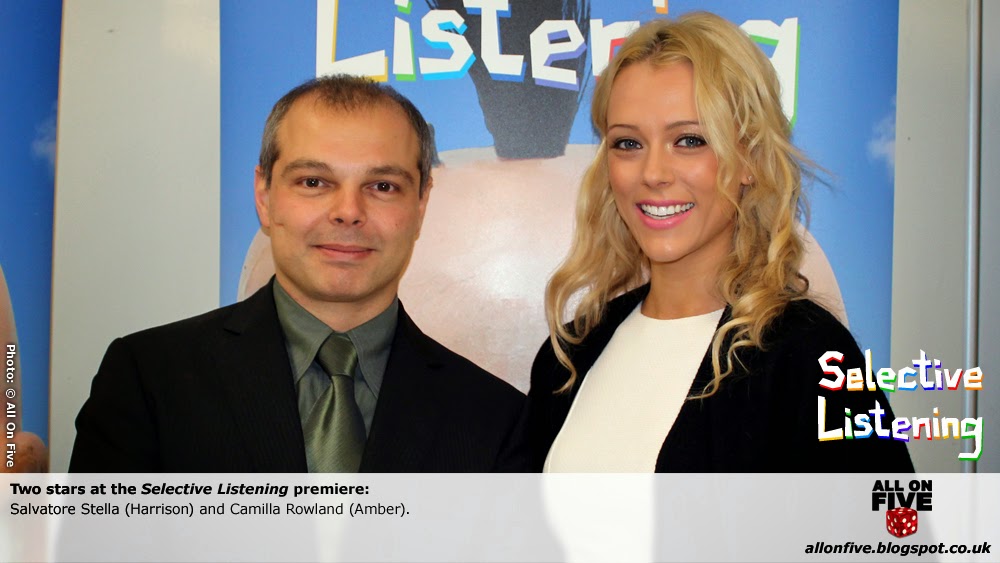 So, if you know of, or indeed are, a sage and dutiful member of a film distribution company, please do get in touch!

In the meantime, the yuletide season brings little rest for us as we work to find possible distribution avenues and develop other projects. 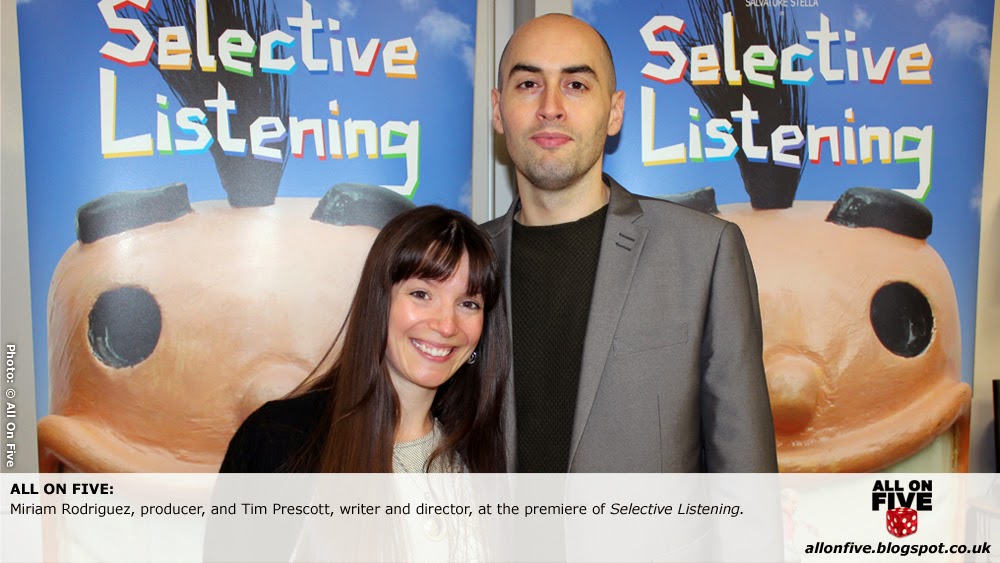 If you're reading this and want to know what else you can do to help, please do "like" the Selective Listening Facebook page, and, importantly, "share" anything you find of interest.

We will write of any news as it occurs!