...and a blooming big spider.

Regular readers may have thought that our shoot was finished after the pick-ups that we shot in October, but no! There was one final elusive shot that we managed to grab today, with the help of Reptile Kingdom, Surbiton. 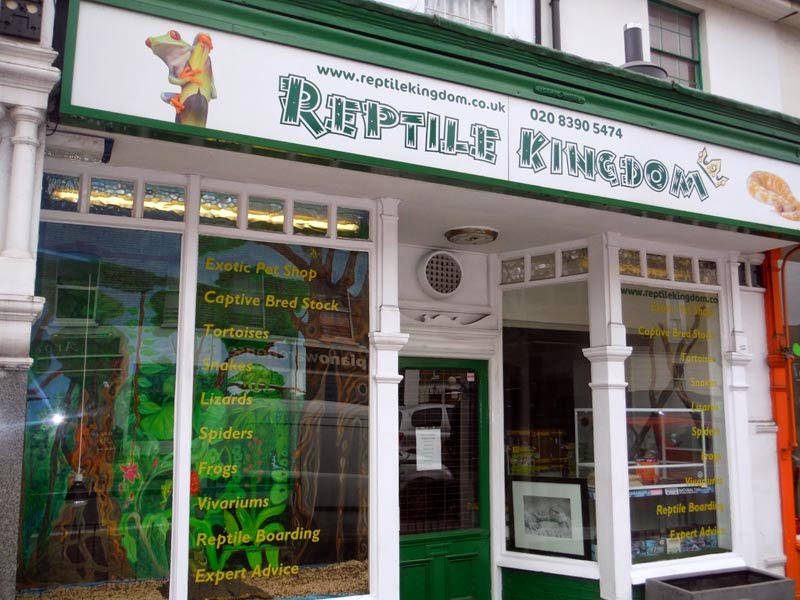 Now, we shan't give away the subject of the shot, but suffice it to say that when the shop's manager Oliver casually asked if we'd like to hold one of their Chilean Rose tarantulas, the director felt compelled to casually accept. This may not be a big deal to some, but was a first for this director. Thankfully, Chilean Rose's do not react unfavourably to palm sweat and a convincingly confident pose was assumed for photo-documenting purposes: 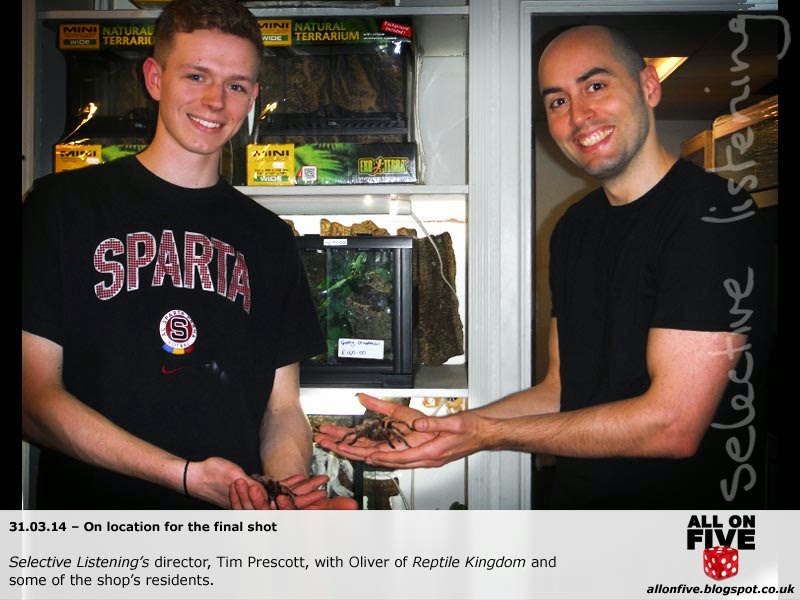 Oliver assured that their bite is no more painful than a bee sting, however, they do have fangs the size of samurai swords with which to administer such a sting.

It felt great to get the last shot of the film, which looks just as it was envisioned, and it has to be said that both producer and director felt a sense of closure, getting it 6 months on from the main shoot.

That's not to say that all is now finished – the main edit continues, additional voices need to be recorded and the sound mix is on the way......